If there was a word that captured the morning session of Day Three of Washington Capitals Development Camp 2014, it was “pace.”  Wednesday was very much an up-tempo day as the prospects tackled situational scenarios – one-on-one, two-on-one, two-on-two-and three-on-two set-ups.  There was a lot more contact in today’s session, and little time to catch one’s breath between repetitions.

It seems part of a progression that began Monday to get the guys’ skating legs under them, and then structured drills on Tuesday.  Today’s situational drills is just the next step before intrasquad scrimmages on Thursday, Friday, and Saturday to close the week.  As this was going on a few things caught our eye. 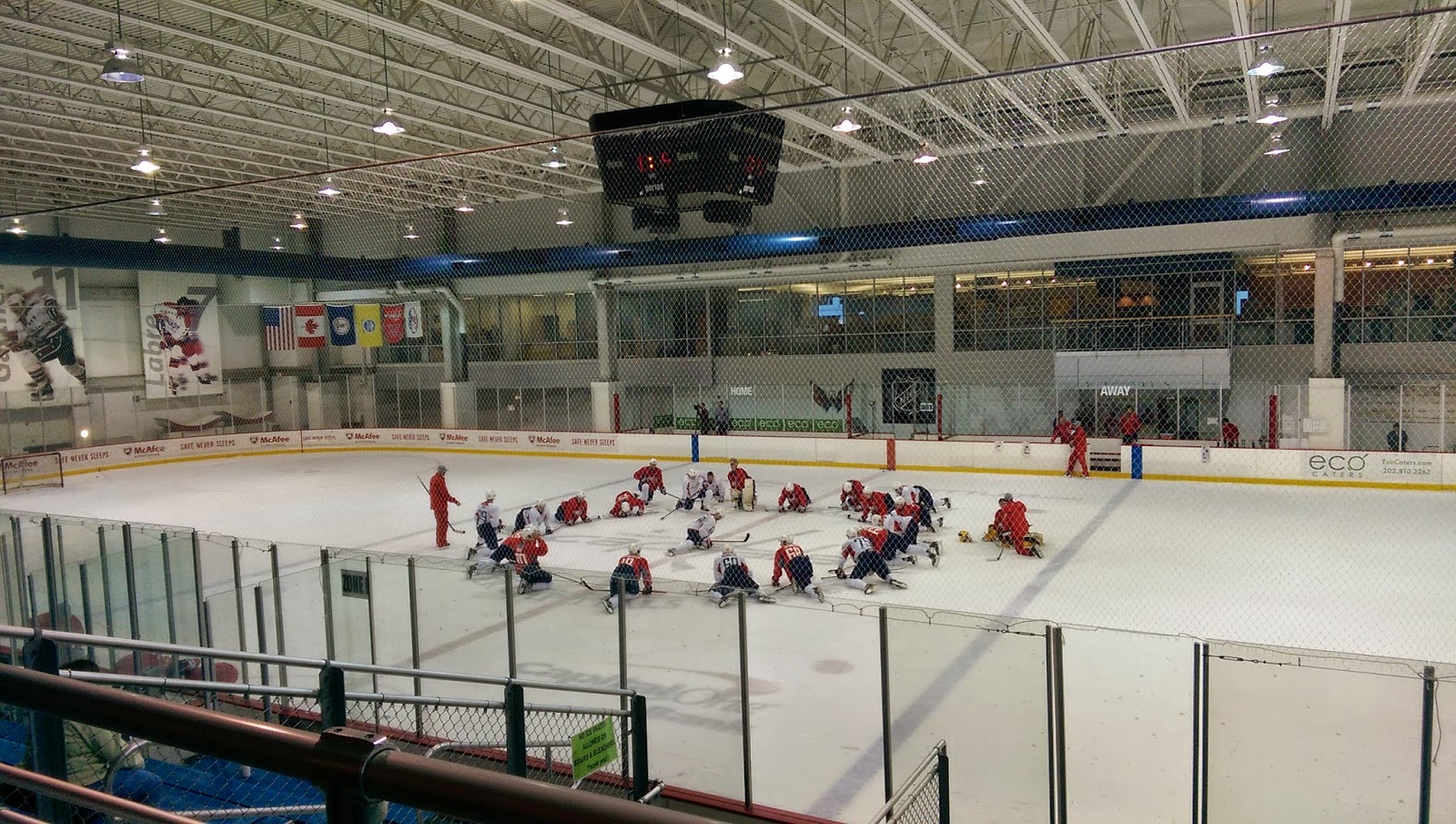 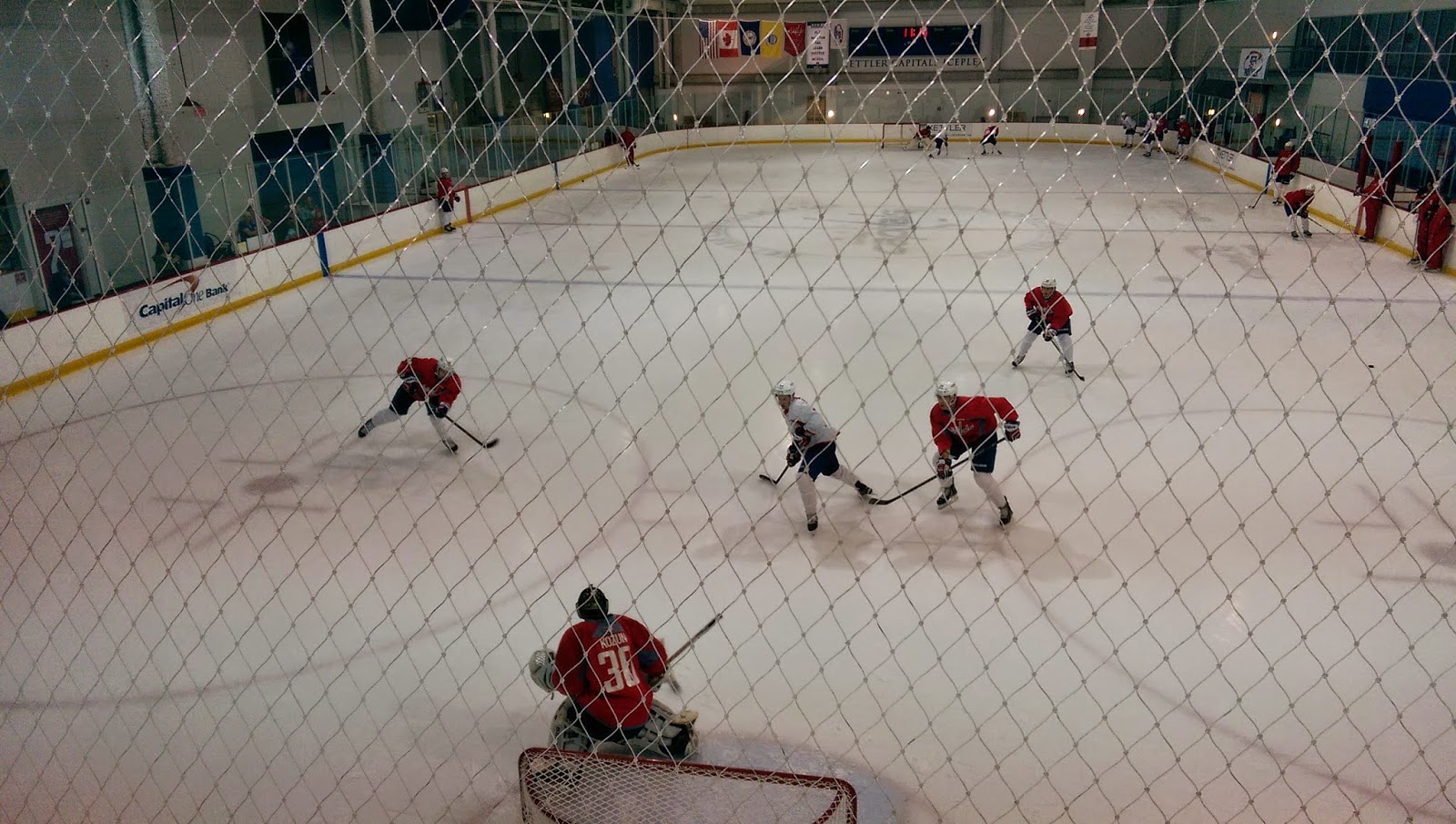 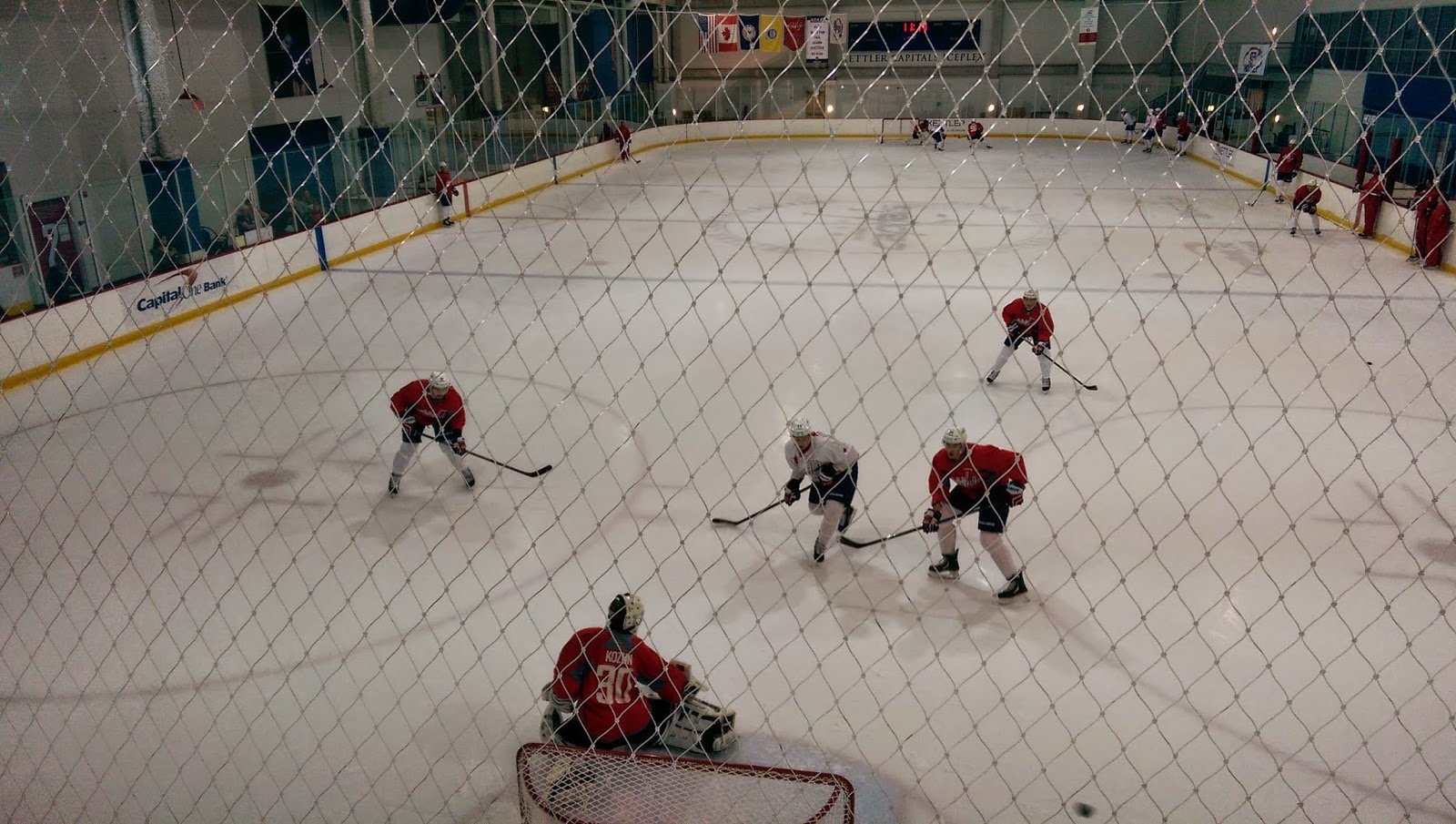 Turned aside by Taran Kozun...

At this point, fans would be screaming SHOOOOOOOOT!!! 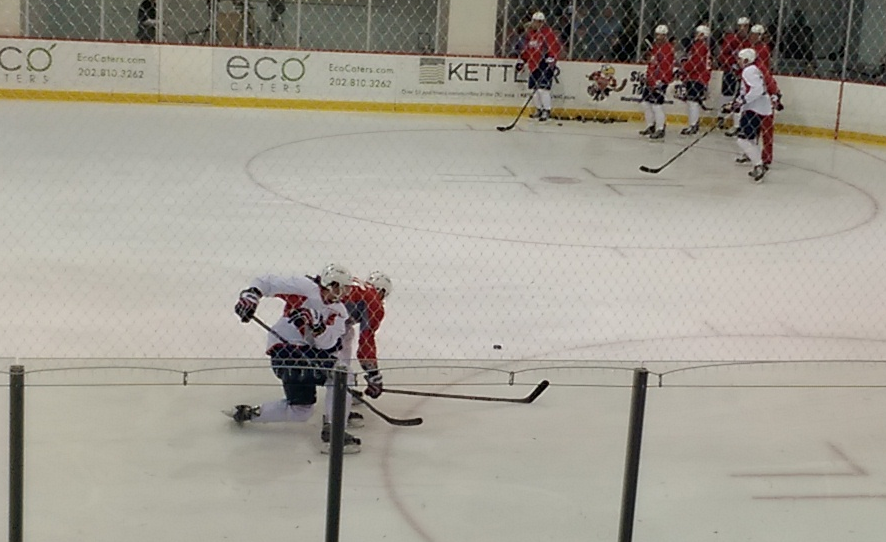