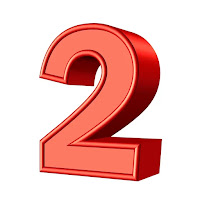 The Washington Capitals raised the curtain on the 2021-2022 season with a long-anticipated matchup with the New York Rangers at Capital One Arena. If the Rangers came to DC with their new “tough guys” lineup and their blood boiling, the Caps cooled them off with a methodical, disciplined 5-1 win.

Tom Wilson was in the starting lineup, Ryan Reaves was not.  But if you had Trevor van Riemsdyk and Sammy Blais with the first fight at 1:52 of the period, give yourself a star.  Hendrix Lapierre’s first entry on his NHL resume was a high-sticking penalty at 1:52, but the Rangers failed to convert the man advantage opportunity.

The Caps got their first power play chance of the season when Patrik Nemeth went off for slashing at 3:55.  The Caps converted off a scramble in the crease, T.J. Oshie getting the goal at 4:39, a play started by Evgeny Kuznetsov in the Nicklas Backstrom spot on the right wing half wall, threading a pass to Alex Ovechkin, who sent a pass into the low slot that clanged around before Oshie stuffed the puck under goalie Alexandar Georgiev.

Nick Jensen had a pretty one-timer off a 3-on-2 rush that beat Georgiev high for what appeared to be a second Caps goal, but Daniel Sprong was offside on the play, and the goal was washed out.

Caps had a late power play when Chris Kreider was sent off for slashing at 18:56, but the Caps could not convert the first 1:04 of the penalty.  The remainder of the time carried over to the second period.

-- No Capital had more than one shot on goal.

The Caps were unable to convert the remainder of the power play that carried over in to the middle period, and then they went a man short when Lars Eller was sent off for tripping at the 1:59 mark.

Washington was awarded their third power play of the game when Alexis Lafreniere was sent to the box for tripping at 11:29.  The Caps converted when Justin Schultz beat Georgiev from Prince Georges County (actually just inside the blue line) at 12:38.

Just 24 seconds later, history was made.  T.J. Oshie settled a loose puck as he was entering the Rangers’ zone when he slid a no-look back pass to Hendrix Lapierre on his left. Lapierre stepped up and snapped the puck past Georgiev’s glove to record his first NHL goal to make it a 3-0 game at the 13:02 mark.

Tom Wilson was sent off for tripping at 15:36 to give the Rangers their second power play of the contest.  The Rangers did not convert, and when Wilson returned to the ice, he drew a penalty from Jacob Trouba – holding at 17:53.  The Caps did not convert, but they did take a 3-0 lead to the locker room at the second intermission.

-- Justin Schultz had six shots on goal through 40 minutes.

Sammy Blais took his third penalty of the game 2:20 into the period, and the Caps made the Rangers pay.  Alex Ovechkin scored 17 seconds into the power play, converting , firing the puck under the right arm of Georgiev to make it 4-0.

The teams took coincidental penalties on different areas of the ice 3:53 into the period, Lars Eller going off for tripping, Ryan Lindgren going off for holding to put the teams at 4-on-4.  Neither team could take advantage of the open ice, and the Caps maintained their 4-0 lead.

Dmitry Orlov was caught cross-checking and went to the penalty box at 8:27.  The Rangers spoiled the shutout bid by Vitek Vanecek, Chris Kreider redirecting a Ryan Strome pass past the Caps netminder at the 9:13 mark.

Washington went to the power play 9:57 into the period when Barclay Goodrow went off for high-sticking.  The Caps power play was wiped out eight seconds later when T.J. Oshie took a seat in the penalty box for tripping.

Just as the Goodrow penalty expired to put the Rangers on an eight-second power play, Alex Ovechkin scored shorthanded, taking a Kuznetsov pass off the boards and chipping a backhand over the right pad of Georgiev at 12:01 to make it 5-1.  That would be how the contest ended, Caps fans heading out into the night happy with the Opening Night win.

-- Alex Ovechkin’s shorthanded goal was his first since 2008-2009, also scored at home against the New York Rangers, the game-winning goal in a 2-1 win.  Ovechkin broke a streak of 914 games without a shorty.

-- Evgeny Kuznetsov had three assists, the 16th three-assist game of his career, trailing only Michal Pivonka (21) and Nicklas Backstrom (44) on the all-time team rankings.

The Rangers came to the game with chests puffed out, their new-found “toughness” the key to putting the Caps in their place.  That did not go as planned, although the teams did combine for 17 penalties and 11 power plays.  That the Caps converted three of six power play chances was precisely the response to Rangers hijinks.  Hopefullly, any further talk of revenge for transgressions, real or perceived, will now give way to just plain hockey.  And at least for one night, the Caps had the clear advantage in that department.