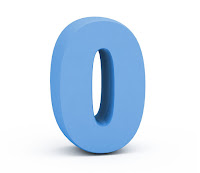 The Washington Capitals broke out to a 4-1 lead over the Florida Panthers barely half-way through the contest and looked to make it an early evening.  They might have punched their time cards, but the Panthers did not, charging back with four third period goals, the last of them with 15 seconds left on a power play, and escaped with a 5-4 win over the Capitals.

Washington jumped on the Panthers early with goals 11 seconds apart six minutes into the game.  Connor McMichael got the Caps off and running 5:52 into the period on a sequence started by Nick Jensen, who slid up the right wing wall in the Florida end to improve his angle to get a shot on net.  He fired at the Panther goal, but the shot was muffled, the puck dribbling to the left of goalie Sergei Bobrovsky.  McMichael got two whacks at the loose puck, the second one from below the goal line, hitting Bobrovsky’s left leg and caroming in to make it 1-0, Caps.

Beck Malenstyn posted his first NHL goal 11 seconds later.  Off the faceoff following the McMichael goal, Trevor van Riemsdyk banked the puck off the right wing boards into the offensive zone.  Matt Kiersted could not control the puck for the Panthers, but Brett Leason did corral it.  He cut to the middle, drawing the defense, and then slid the puck to Malenstyn on his left.  Malenstyn one-timed the puck past Bobrovsky, and it was 2-0 at the 6:03 mark.

Florida halved the lead 52 seconds later when off a scramble in front, the puck found its way to open ice to the right of goalie Ilya Samsonov.  Joe Thornton shrugged off Leason and bunted the loose puck past Samsonov’s right skate to make it 2-1, 6:55 into the period.

Washington was awarded the first power play at the 13:38 mark when Frank Vatrano was sent off for high-sticking.  Washington had some good looks, but they failed to convert the man advantage. Neither team could score from there, and the teams went to the first intermission with the Caps holding a 2-1 lead.

-- Alex Ovechkin led the team with four shot attempts (two on goal, tied for the team lead through 20 minutes).

Washington regained their two-goal lead in the seventh minute when Lars Eller steamed down the left side of the offensive zone, curled in and around the flat-footed Aaron Eklblad, and flipped a backhand past the left pad of Bobrovsky at 6:40 to make it a 3-1 game.

Mid-way through the period the teams practiced their playoff orneriness moves, several players squaring off against one another  Martin Fehervary and Jonathan Huberdeau being one pair penalized and MacKenzie Weegar the other, all four receiving two minutes for roughing.

Nick Jensen put the Caps up by three goals when Nic Dowd, from below the goal line, threaded a pass through several players to Jensen alone in the middle of the ice.  Jensen fired, his shot nicking defender Anton Lindell on the way through just enough for the puck to sail high over Bobrovsky and under the water bottle, making it 4-1, Caps, 12:40 into the period.

Tom Wilson went off at 13:03 of the period to put the Panthers on a power play.  Florida had a couple of fine chances late in the man advantage, but Samsonov fought them off, and the Caps maintained their 4-1 lead.  It would be the lead they took to the locker room at the second intermission.

-- Ten skaters had points for the Caps through 40 minutes, three defensemen combining for five points.

-- Connor McMichael led the Caps with four shots on goal through 40 minutes; he and Alex Ovechkin each had six shot attempts.

The Caps got caught in their own end and playing a bit lackadaisical when the Panthers shave the lead to two goals.  Controlling the puck below the Caps’ goal line, Patric Hornqvist sent the puck out in front to a wide open Ryan Lomberg, who fired the puck into the open side of the net to Samsonov’s right, making it 4-2, 3:23 into the period.

The Caps’ sluggish play caused head coach Peter Laviolette to call his time out at the 4:40 mark and Florida with an 8-0 edge in shots in the period to try to get the Caps bright eyed and bushy tailed once more.

Washington went to a power play when Vatrano was sent off for tripping at the 5:36 mark.  But it was Florida who capitalized when Eetu Luostarinen got behind the Caps defense on a breakaway and beat Samsonov between the pads at 6:09.

The Caps went shorthanded after a wild scrum in front of Samsonov as both teams desperately searched for the puck. Tom Wilson went off for interference at 8:18 of the period.  Washington killed the penalty and recorded a shorthanded shot, their first shot on goal of the period.

Washington went right back to the PK, though, when Dennis Cholowski went to the box for cross-checking at the 11:27 mark.  The second time worked for Florida when an Aaron Ekblad drive was redirected through the pads of Samsonov to make it 4-4, 12:01 into the period.

Florida got one last power play late in the period when Malenstyn went off for goalie interference at 19:03.  Florida converted the man advantage when Sam Bennett one-timed a puck past Samsonov on the short side at 19:45.  The comeback was complete, and Florida skated off with a 5-4 win.

-- Beck Malenstyn’s goal made it eight-for-eight for Caps rookies.  All eight rookies to dress for the Caps so far this season have points.

-- Florida recorded 26 shots in the third period against a team allowing only 27.3 shots per game, fewest in the league.

-- Connor McMichael led the team with four shots on goal; he and Alex Ovechkin had six shot attempts.  Neither player had a shot or a shot attempt in the third period.

--  The teams split 70 hits down the middle; Garnet Hathaway and Martin Fehervary led the team with six apiece.

-- Mike Sgarbossa and Brett Leason did not have a shot attempt.

-- Every Panther had a shot on goal except Radko Gudas.

-- The Caps allowed two power play goals in a game for the first time this season.

For 40 minutes, the Caps looked like the best team in the league.  In the last 20 minutes, they looked like a lottery team.  And they paid for it.  Burn the tapes, get ready for the next one.