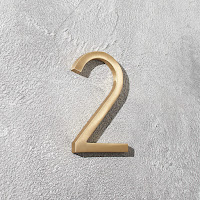 The Washington Capitals looked to get back on track after a dismal start to the new year when they hosted the Winnipeg Jets at Capital One Arena on Tuesday night. The Jets broke out on top by a pair of goals less than three minutes into the game, but the Caps came back to take a lead. Winnipeg tied the game with their goalie pulled in the 19th minute, but the Caps prevailed on a Tom Wilson goal in overtime, 4-3.

Winnipeg got an early chance, Nikolaj Ehlers circling through the right-wing circle and breaking in on Caps goalie Vitek Vanecek. He drew a slashing penalty by Dmitry Orlov, and it took Winnipeg little time to convert. Andrew Copp’s drive ricocheted off the end boards and out to Kyle Connor in the right-wing circle. Connor one-timed the puck up and over Vanecek’s left shoulder and it was 1-0, 62 seconds into the game.

The Jets scored again, just 1:18 later, Cole Perfetti notching his first NHL goal, the Jets working the puck up from behind their own goal line smartly and eventually getting a 2-on-1 deep in the Caps’ zone. Pierre-Luc Dubois had his choice of shoot or pass, and he dialed up pass for Perfetti to snap a one-timer past Vanecek at the 2:20 mark.

Winnipeg had another chance in the seventh minute when Copp broke in alone on Vanecek, but the Caps’ netminder stoned Copp to preserve some semblance of a contest.

Washington went to the man advantage when Neal Pionk went off for slashing at 9:20 of the period. The Caps did not convert, and the Jets preserved their 2-0 lead.

Alex Ovechkin halved the deficit on a play that started with a long cross ice pass from Evgeny Kuznetsov in the Caps zone that he took in stride at the Jets’ blue line. He tried to toe drag his way around a defender, but the puck was knocked off his stick. Garnet Hathaway scooped up the loose puck and fed Ovechkin in the left-wing circle for a one-timer that beat goalie Connor Helllebuyck cleanly on the short side at the 16:58 mark to make it a 2-1 game.

Winnipeg went to a power play 18:42 into the period, Tom Wilson going off on a tripping penalty for the Caps. The Jets did not convert, but they took a 2-1 lead to the locker room and would have another 42 seconds of power play time to start the second period.

The Caps tied the game in the fifth minute when Dmitry Orlov’s drive from the left point sailed past Hellebuyck’s glove on the far side, lifting the Caps into a 2-2 tie at the 4:26 mark.

Vanecek prevented the Jets retaking the lead when he stoned Perfetti from point blank range at the top of the crease in the seventh minute of play.

The Caps went to the power play when Nate Schmidt was sent off for holding at 14:20 of the period. Washington did not convert, and the Jets had a chance for an odd-man rush with the expiration of the penalty, but the Caps foiled the chance.

Carl Hagelin put the Caps a man short when he took a tripping call at 16:56 of the period. The Caps killed the penalty, and Hagelin was sprung on a break as he exited the penalty box, but his chance was turned away by Hellebuyck’s right pad. The teams would skate off the remaining seconds, and they went to the second intermission tied, 2-2.

- The Caps could not clear the puck out of their end on the Winnipeg power play late in the period, and the shift times of the penalty killers reflected that. Nick Jensen – 2:26; Nic Dowd – 2:08; Trevor van Riemsdyk – 2:08; Evgeny Kuznetsov – 2:08.

Washington took its first lead of the game early in the third period when Aliaksei Protas took a pass from Justin Schultz and carried the puck around the back of the Winnipeg net, flashing out the other side on a wrap-around that was knocked into the Jet’s net by defenseman Nate Schmidt’s skate, the Caps up, 3-2, at the 4:15 mark.

Winnipeg went a man to the good when Nic Dowd took a hooking penalty 15:26 into the period. Washington skated off the shorthanded situation and preserved their narrow lead.

The Jets pulled Hellebuyck with two minutes left, and they used the 6-on-5 advantage to tie the game with 65 seconds left in regulation, Pierre-Luc Dubois stuffing in a loose puck at the doorstep to Vanecek’s left.

The Caps had one last chance in the dying moments, but Ovechkin’s drive off a faceoff was shouldered aside by Hellebuyck at the horn to end regulation, sending the contest into...

Tom Wilson sent the Caps fans home happy when he scored 26 seconds into the extra frame. It was all set up by Kuznetsov, though, who skated the puck into the offensive zone, drove the net, pulled the puck behind him, carried it around the back of the Winnipeg net, and found Wilson charging down the slot for the game winner. Caps win, 4-3.

- Sixteen of 18 skaters recorded shots on goal, Connor McMichael and Lars Eller the only Caps blanked in that column of the score sheet.

- McMichael was the only Capital without a shot attempt.

- Kuznetsov was credited with three takeaways, half of the Caps’ total for the game.

- Kuznetsov wins the all-you-can-eat buffet coupon for having marks in every statistical column on the score sheet... three shots, one shot blocked, one missed shot, two hits, a giveaway, three takeaways, a blocked shot, and (ugh) 2-for-10 on faceoffs. He also had an assist and was a plus-1 for the game.

- This was the first overtime win for the Caps this season and their first in the five-minute frame since beating Philadelphia, 2-1, on a Conor Sheary goal last May 8th in the penultimate game of the 2020-2021 regular season.

- This was the first time the Caps scored more than three goals since a 5-3 win over Nashville on December 29th, a seven-game streak failing to do so coming to an end.

- Nick Jensen led the team with 24:11 in ice time. At the other end, Connor McMichael had only eight shifts and 5:16 in ice time, two shifts in the third period, none in the last 9:27 of regulation and all of overtime.

Another grind it out win after a lethargic start. The Caps are not dominating anyone these days, but standings points are the objective, not style points. In that context, we’ll take this win.